First off... this blog post is going to come across as a sales pitch and that is because it is. I'm not going to insult your intelligence... but there is a lot of confusion out there as to what is offered with various different Unified Communications as a Service (UCaaS) solutions and where they can fit into an organizations plan to further their communications. I'm not going to go into detail about all the other offerings out there, but what I'm going to do is offer you detail about Time2Market's Cloud Complete offering. We also offer a Cloud Custom option, that adds some additional functionality, but this blog post will focus on the Cloud Complete offering.

Anyone who knows me... knows that I'm not a fan of the "cloud". The reason is because I think it is one of those terms that gets thrown around and decisions made without really understanding the implications of turning over control to the cloud. I'm not saying that it doesn't make sense 100 percent of the time... because it actually does in a lot of scenarios.  I just don't like the blind run toward the cloud that I see a lot of people doing just because all the cool kids are doing it.

Having said that, Time2Market's Cloud Complete offering is a hosted UCaaS that is a Multi-tenant... Enterprise Voice... Skype for Business environment.

Yup.. you read that right... Skype for Business.

Time2Market's cloud is not based on the now defunct Lync Hosting Pack that was limited to the same feature set and Lync Online.

The is a Skype for Business hosted environment with feature sets that to my knowledge are currently not offered anywhere else. Those feature sets even include the new Broadcast Meeting offering that depends on a hybrid implementation with Office365. We even leverage Exchange Unified Messaging in Office365. 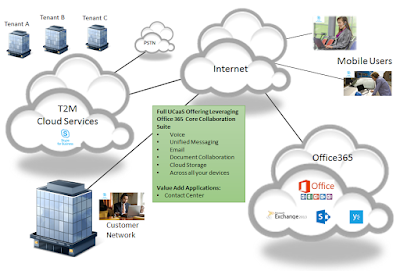 Now why would an organization want to do this. It is simple... instead of investing in all the equipment, server licenses and professional services to implement an on-premises solution that has costs as a capital expenditure. This allows an organization to move these costs to the operational expenditure column. The Cloud Complete offering scales and shrinks as you do and is a totally managed service from deployment to support. In short, you focus on your business, not running a Unified Communications infrastructure.

So what are some of the things that Time2Market offers in its Cloud Complete that make it unique...

But here is the really big key to Time2Market's offering, we have a whole organization that will help you every step along the way with a White Glove Service. Cloud Complete isn't a self service type of offering, instead it is an offering where you have a whole team of people who have been in the business of helping organizations communicate for decades. Here are some of the things we can help you with...

But really there is more... Time2Market has created a Self Service web based portal that gives easy access to the following tasks... 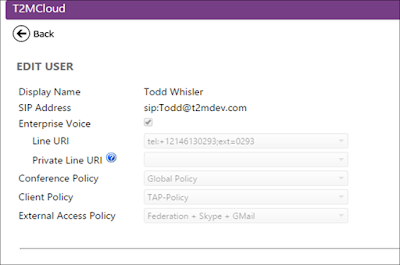 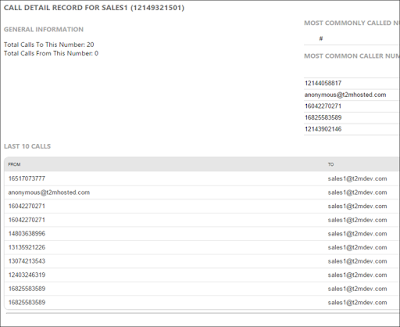 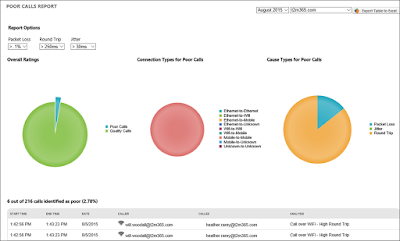 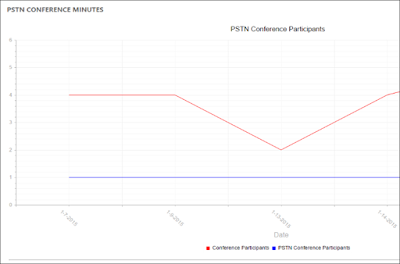 What are you waiting for? Interested in Time2Market's Cloud Complete offering or have further questions? You can contact me by SIP or email using jonathan at t2mdev dot com or by calling 303 997 2100.
Posted by Jonathan McKinney at 9:55 PM 4 comments:

I was recently working on a rather complicated dial plan and ran into a situation where the route I expected to be followed wasn't being followed. What I was trying to do was create a single Voice Usage that would route for specific numbers and then have a catch all route that would be the route as a last resort.

After doing numerous tests and doing an Outbound Routing debug it was clear that the route wasn't being skipped and it wasn't being marked down. The catch all route was being tried first even though the order of the routes in the Voice Usage had it at the bottom.

Interestingly, if I simplified the regular expression of the route that matched a range of specific numbers to just be one of those numbers, it magically started to work correctly. As soon as I modified it back to the larger range, it would fail.

Knowing that I have done this many times before, I was convinced somehow I hit some sort of bug. So a case with Microsoft was opened. After some lengthy testing, the Microsoft support engineer was just as baffled as I was and was coming to the same conclusion I did.

As a work around, until the Microsoft engineer decided how to proceed, we created two different Voice Usages. The first one was for ranges of numbers and the second usage contained the catch all route all by itself. The routing worked as expected, but this was not ideal, because this would increase the number of Voice Usages across the hundreds of sites in this deployment. I was aiming for the simplest dial plan possible since it was already complex.

Anyway, after a few days the Microsoft engineer got back to us and dropped a huge bomb.

Believe it or not, this was working as designed. He informed me that there was a change in Lync Server 2013 in how it processes routes in a Voice Usage. Lync Server 2013 now chooses the least complex regular expression before it processes the other routes. The reason for this change I don't agree with, but apparently there were some customers that had really large dial plans, where processing a large list of routes in a Voice Usage was taking too long and this change was decided to speed up processing the list.

So... if you have similarly complex in the same usage, the order of the routes matters. But if you mix complex and simple rules in the same Voice Usage, then the more simple rules will always be followed first.

I hate this because now everyone else is forced to create more Voice Usages, sometimes with a single route in them, to have the routing work as desired. The other item that bugs me is that there is next to no documentation of this change and this was not communicated to the technical community in any other way that I'm aware of. This is a big change for a product that a lot of people depend on to be consistent.

I think a better alternative would have been to give the engineer an option to process the routes within a Voice Usage using the Lync Server 2010 method or to switch to the new Lync Server 2013 method. I can see merits to both methods, but ideally I would like a choice.

Now... If you are like I am, you want to know what exactly constitutes a simple rule vs complex rule. Unfortunately I can't tell you exactly. All I can share with you is a somewhat vague answer that I got back.


The algorithm has quite a bit of complexity – in simple terms, the route that has simpler “prefix” will be preferred over more complex ones. The “prefix” is a combination of characters, character escapes, alterations and substitutions (as defined in regular expressions).

So if anyone has more detail on this algorithm, I'd like to have it. But in the mean time it doesn't really matter because the permanent fix is to have similarly complex rules in the same Voice Usage and then make sure you test to verify the route order is being followed as desired.